No, not that four letter word, the other one 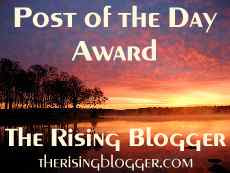 T. from Anesthesioboist submitted an excellent thought provoking post on the 4 letter "F" word, no not that one, the other one. This isn't a spoiler, the post was featured on the latest SurgeXperiences blog carnival on this very site (just scroll down) so I assume most of you have read it. I agree completely with her but would like to add my 2 own shekels worth.
The word is fear. And doctors aren't supposed to fear...anything. But fear is there. Sometimes it's "normal", for example, fear of failure, fear of causing a patient pain, fear of losing a patient (all the more acute in the case of children) etc. But perhaps fear isn't the only emotion we are denied, there is also anxiety. I believe that some fear, especially when faced, is healthy, it spurs us to be better doctors, to increase our knowledge to improve our proficiency. But too much fear and anxiety can be counterproductive and even dangerous - it paralyzes the mind when quick action is warrented, for example, during an emergency.
This can happen during anesthesia, on the ward, on the street, anywhere. At our institution, anesthesiologists are part of the code team which responds to cardiac arrest, and we do on-calls in the mobile intensive care ambulance. So I have quite a few emergencies under my belt. In addition, I am an ACLS (Advanced Cardiac Life Support) course instructor. This is mandatory in many institutions for doctors. One of the most important points that I convey is the the necessity for keeping a cool head when others around you aren't. During an arrest, which is the quintessential emergency, the worst thing to do is to show indecision and fear. It is natural to feel anxiety at such a moment, but, I teach my pupils, the tempest inside should remain there at least during the event. I point out that very few people are actually born with nerves of steel. Fear can be, and should be mastered for such situations. To paraphrase Shakespeare, "Some men are born cool, some achieve cool, and some have cool thrust upon them." Remaining cool during an emergency obviously relies on inborn character traits. But most people can actually learn and perfect cool and this ability improves as one acquires more experience and proficiency.
During a code it is important not to bark orders to the junior members of the team whether doctors or nurses. These may be at various stages of training and experience and an abusive, vain, humiliating team leader may scar them for life (causing them to be useless until pension).
After a code, it is essential, in my opinion to gather the code team and have a short feedback session, and yes, even talk about feelings. I came to this conclusion after a case where I was on call in the ambulance and we were dispatched to take over for EMT's performing CPR on a homeless man in a hostel. The ambulances here also include volunteers, many of whom are high school students. There is some wisdom in teaching the lay public basic life support, but we never take into account that these children are still developing not only physically but also emotionally. Upon arrival at the scene, it was obvious to me that the patient was not responding and that I would soon "call the code" (i.e. cease rescustitation). I allowed both teams to continue for a few more moments so that the younger members could get some valuable experience in rescusitation techniques. While the paramedic was writing up the report, I noticed one of the volunteers crying. I asked the EMT in charge of her what was the matter. He said that she felt that the man died because she didn't perform adequately.
I took her aside and asked her what was wrong. Through a monsoon of tears she let out all of her feelings of failure and inadequacy. When the torrent abated, nose blown and tears wiped, I told her that first of all, she did everything that was expected of her and she did it correctly. Secondly, from my examination, I could tell that the victim was a drug addict. Life had dealt him a lot of bad luck, or he had thrown his life away. Either way it was not her, or our, fault that he died. We just have to do our best. I told her that it was ok to feel bad, it meant that she is sensitive to others' suffering, and that in itself is not a sign of weakness, it is a rare trait. I emphasized that there is no shame in feeling what she feels. Everyone has a niche in this world. And she has quite a few years left to discover hers. I offered her two choices: 1. To accept what happened, to realize that a tragedy happened to that man and to go on. Or, 2. Leave the ambulances and volunteer in some other activity and under no circumstances should she feel less of herself for doing so. My intention was to provide her a way out while maintaining her dignity. I found out a few weeks later that she had left the ambulance service.
Since then, I always gather the team for a feedback session.
Hubris, in medicine, is the original sin. The only thing that disgusts me more than incompetence in a physician is vanity. Hubris is born of fear. Fear of exposure, fear of failure and fear of showing weakness. When you see a vain person, scratch the surface (one may need an ice pick) and you will discover a coward. Not a coward in the sense of external bravery, but one who won't face his/her own failings. Such a person has stopped growing, learning and improving. When that happens, our greatest fear, of harming our patients, is most likely.
Posted by Unknown at 10:36 AM

I think it's odd how people react dfferently to death. I did a few months volunteering with MDA in Nazereth Illit as a ma'arit, and only had the opportunity to do CPR once. Unfortunately, it was unsuccessful. I was not really affected, though. I mean, of course I was sad, and I sympathized with his wife, who was kind and gracious. But I was so surprised by how cold I must have looked to everyone else. I think it's because I trusted the Paramedic's decision to stop resuscitation, that there was no way I personally was to blame. We'll see what happens when I start volunteering again once I complete a medic's course.

Dear Quietus Leo, thank you very much for continuing these reflections and for writing so articulately about these issues! The woman who left the ambulance service was fortunate to have you as a mentor/teacher/fellow-rescue-worker, even if only for a moment. We need more teachers like you in medicine. And I absolutely love your closing remarks about vanity. I absolutely must link back to this post from my "fear" post. Thanks again!